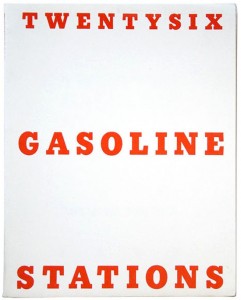 To celebrate the 75th birthday of Ed Ruscha, ABC Artists’ Books Cooperative created the ABCED group project that revisits, appropriates and deviates from Ruscha’s original photobook works. At a critical moment of photographic art education in the UK, ABC presents The Ed Show and asks: what can be gained from looking back into the self-publishing world of Ed Ruscha?

In the 1960s, Ed Ruscha published a series of artist books — collections of his own photographs sold in small editions — that influenced generations of artists. Ed Ruscha printed his first book, “Twenty Six Gasoline Stations”, in 1963 in an edition of 400, but had printed almost 4000 copies by the end of the decade. All of the gasoline stations are on Route 66, a road that had already been mythologized by the TV series Route 66 and in Steinbeck’s The Grapes Of Wrath, and later reappeared as a motif in Dennis Hopper’s Easy Rider.

Last autumn Ke Vasiliunas had to drive the exhibition to Venice to Italy. On the road back, from Venice to Vilnius (Lithuania), it is 1809 km, he has been with personal car (Toyota Starlet). So he decided to make the same project like Ed Ruscha did many years ago in U.S.A. He has made pictures of 26 petrol (gasoline) stations on the road from Venice to Vilnius. He fixed not only kilometres from Venice, but also time when he has made the pictures of petrol stations. First day he was driving the car 15 hours till 3 a.m., and he has made 1068 km. Then he was sleeping few hours in small car near the steering wheel in the petrol (gasoline) station. (It was really too cold for sleeping in the car). In the next morning, in 6:56 a.m. he started to drive again and he was driving till 6:09 p.m. He did the last 741 km until Vilnius. On the way to Lithuania he crossed Italy, Austria, the Czech Republic and Poland.

The black and white photos of petrol stations, made during the travel, were printed on foil paper. Using woodcut and letterpress dates, hours and kilometres were stamped on foil paper. The artists book was bound like Account book in Japanese style. 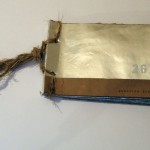 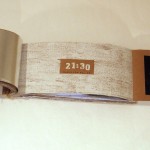 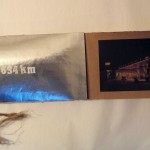