Created on September 9, 2011 by vasiliunas 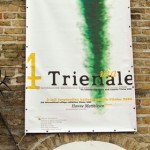 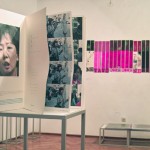 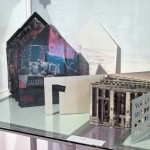 While opening one box after another, one envelope after another envelope, I took out artist’s books of different sizes and formats. These are the books that arrived at the 4th International Artist’s Book Triennial in Vilnius. I was overwhelmed with exciting feeling when 200 artists from 35 different countries of the world have sent the books created for the very specific theme of the exhibition; especially, when the theme is such unusual one “Rabbit & House”. Hence, we have 3 cubic metres of books on rabbits and houses. But, weren’t strange the themes of the previous triennials: “Diary: Eight Days”, “Apocalypse”, or “23 Sins”? Might it be so that it is namely the theme that is the hot feature provoking artists to create and participate at the exhibition? Have they noted the correlation of the topics? 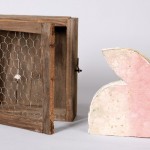 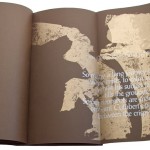 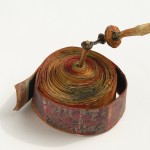 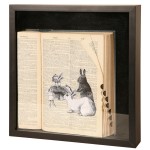 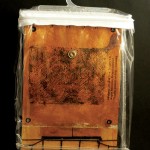 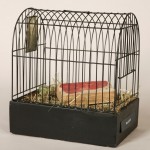 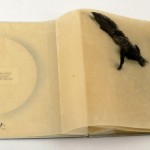 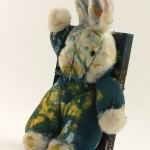 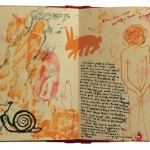 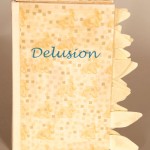 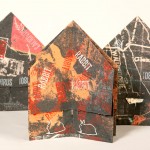 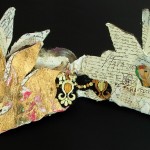 If we take a look at the catalogues of the three first Artist’s Book Triennials, we would see that the cover of one of the catalogues is red, the other – yellow, and the third cover is green. Yellow, green and red are the colours of the Lithuanian flag. Lithuania is among the European Roman Catholic countries. The themes of all the first three triennials are associated with Christian values and search for them. The theme of the first Artist’s Book Triennial was “Diary: Eight Days”. Eight days are seven days plus one day. The seven days took to create the World. And isn’t it the eighth day when live we, those who will destroy this wonderful World just in one God’s day?

The theme of the second Artist’s Book Triennial that took place in 2000 bore the name “Apocalypse”. The exhibition held at the turn of centuries should have inevitably been named like this. The very timing gave a unique occasion to at long last find and read through the Revelation to John. More than one must have been amazed how much this Book of Revelation says the things that are relevant to our time, cause fear or at least make us take a pause and think.

The theme of the third Artist’s Book Triennial that took place in 2003 was named “23 Sins”. I received numerous questions from artists “May I take part at the exhibition if I’m not a believer?”, “What do these 23 sins mean, if I know seven, eight or eleven sins?”… Perhaps, it would be possible to relate the number 23 with the year 2003, if these two zeros between 2 and 3 were deleted, or a notice would have been taken that it was the third triennial. Things are much simpler, however, 23 sins is just another successful provocation, which made the artists to explore existential problems, and delve into own and social downfalls. As many as 261 artists from 41 countries sent their artist’s books for the exhibition; and this is not strange, as they are the “salt” in this consumer “business” world.

Now, let’s take a glance at the colour of the catalogue jacket of the fourth Artist’s Book Triennial of 2006. The colour is blue. This is a colour of Europe, a Europe “free” and “got rid” of Christian values. The Europe, which levels down the longstanding old cultures and traditions that eliminate limits between the good and the bad. The Europe that is fast moving into a Sodom. The theme of this year exhibitions is “Rabbit & House”. A rabbit and a house represent sensuality and materialism, salacity and pragmatism. Thus, the theme of the exhibition is, alas, not about the rabbits from “Alice’s Adventures in Wonderland”… The artists, however, are neither politicians nor moralists. To most of them “a rabbit and a house” is just a rabbit and a house. So, it is not surprising that the whole exhibition was kind of very much ‘rabbitlike’, just as it should be before the Easter time…

Having made a brief overview of the exhibition themes, now let’s take a short look at these three cubic metres of art.

At the fourth Artist’s Book Triennial, contrariwise to the exhibitions held three years ago, in addition to ‘paper’ books made by means of classical graphic techniques, including wood engraving, silk-screen printing or lithographic printing, the current exhibition displays a number of works made using mixed techniques by combining facilities of digital printing with drawing, collage, object, etc. Ideas materialise in diverse shapes, and it absolutely does not matter what forms of expression are used in a book. Still, the foremost thing in the artist’s book creation process remains the classical relation of the range and composition of proportions, rhythm, space and various materials. Thereby, whether it is ‘bibliophile’ books, experimental ones or books-objects, – they all help reveal the wonderful and mysterious world of the artist’s book by supplementing and contrasting with each other.