Love and Devotion: from Persia and Beyond 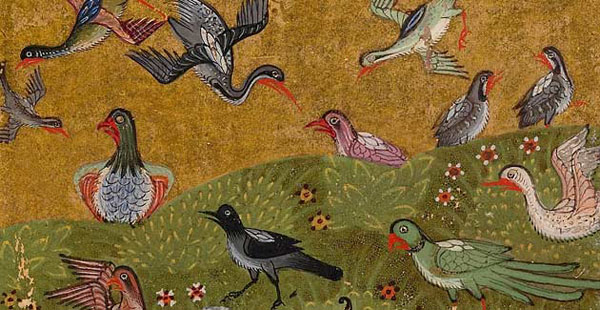 The State Library of Victoria’s 2012 exhibition Love and devotion: from Persia and beyond celebrates the beauty of Persian manuscripts and the stories of human and divine love told through their pages from the early 11th century on.

Romantic tales were copied and sometimes reinterpreted over time, and reached far beyond the borders of Iran. The universal themes of Persian narrative and mystical poetry appealed especially to audiences in Mughal India and Ottoman Turkey, and eventually to audiences in the West. Transcending time and place, these stories continue to resonate today and to be retold through contemporary literature and popular culture.

Persian poetry from the secular tradition flourished in the princely courts of Iran, where illustrated manuscripts were crafted for elite patrons. Today, these provide viewers with the opportunity to experience examples of Persian calligraphy, illumination and miniature painting from the 13th to 18th centuries, one of the richest periods in the history of the book. Many stories from this period were embraced not only in the princely courts but in all sectors of society, told within families and at community gatherings.

The idea of Persia has long fascinated Western minds. From the Middle Ages on, knowledge of Persia gradually expanded as a result of increased contact through trade, travel and diplomacy. Writers in Europe, such as Chaucer, Dante and Shakespeare, reflected this understanding in the parallels with Persian literature and shared symbolism evident in their plays, poetry and prose.

Love and devotion showcases a rich selection of manuscripts from the world-renowned collection of the Bodleian Libraries of the University of Oxford, along with rare works from the State Library of Victoria and other Australian collections.

The Bodleian Library’s founding in 1602 coincided with a time of increasing interest in the East, and its holdings later increased through the acquisition of works once owned by renowned scholar-collectors such as Archbishop Laud, Francis Douce, JB Elliott, Sir William Ouseley and Sir Gore Ouseley. The foresight and generosity of such collectors and institutions have enabled the preservation of these works for future generations. 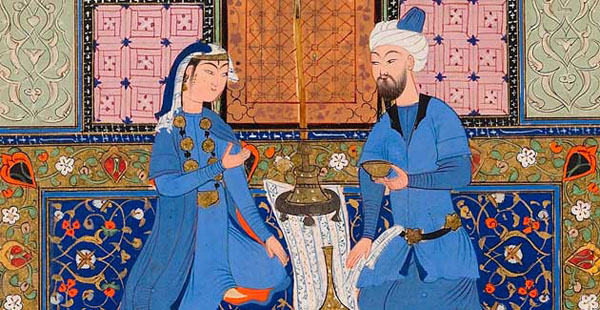