Delirium: The Art of the Symbolist Book

Created on February 2, 2017 by vasiliunas 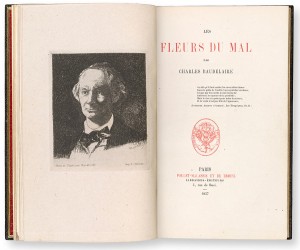 “Delirium: The Art of the Symbolist Book explores creative encounters between Symbolist authors and the artists in their circles.  The movement coalesced during the second half of the nineteenth century as writers in France and Belgium sought a new form of art—one that referenced the visible world as symbols that correlate to ideas and states of mind. The Symbolists celebrated subjectivity, expressed through a nuanced language of reverie, delirium, mysticism, and ecstasy. For these writers, literature suggests meaning rather than defines it.

The Symbolist movement was a revolt against naturalism, with an emphasis on allusion and self-expression that resonated with contemporary painters, who were in turn inspired to translate these ideas to visual art. Collaborations in print with Symbolist writers presented artists with a paradox: to create illustrations for words deliberately detached from explicit meaning or concrete reality. Divergent attempts to meet this challenge helped to liberate illustration from its purely representational role, introducing an unchartered dialogue between text and image. These developments informed the emergence of the concept of the book-as-art, a tradition that continues today. 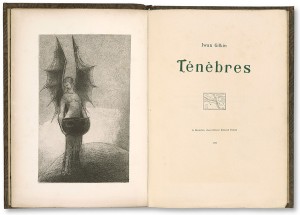