Between the Sheets: 2012 Artists’ Book Exhibition

Created on October 2, 2011 by vasiliunas

Gallery East in partnership with the City of Swan 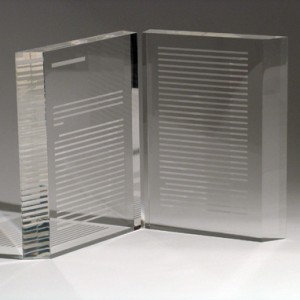 Gallery East and the City of Swan invite entries in the 2012 Artists’ Book Exhibition. Selected work will be exhibited at Gallery East, North Fremantle and the Midland Junction Art Centre from 13 January. The 2012 exhibition will be shown in full on Gallery East’s web site and be accompanied by an illustrated catalogue.

The full list of participating artists can be viewed on   http://www.galleryeast.com.au/general/book/book1.htm

Successful entries will be notified by 1 December 2011

Selected work to arrive by 2 January 2012

The Conditions can be downloaded from http://www.galleryeast.com.au/general/book/Conditions3.pdf

This entry was posted in Important and tagged Artists Book Exhibition, Artists Book in Australia, Artists books, Between the Sheets. Bookmark the permalink.