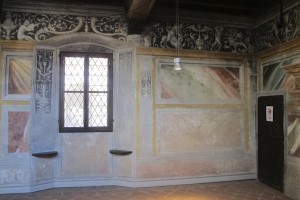 Vercelli is an ancient town in Piedmont, northern Italy, situated in the plain of the river Po between Milan and Turin. It was founded, according to most historians, around the year 600 BC. The world’s first university funded by public money was established in Vercelli in 1228. Vercelli Cathedral (Duomo di Vercelli) was erected and enlarged by Saint Eusebius of Vercelli in the 4th century. In the cathedral at Vercelli there is an early manuscript (Codex Vercellensis) of the oldest Latin Gospels before St Jerome’s Vulgate, called the “Vetus Latina”. It is generally agreed it was written by Eusebius. In Vercelli was living Saint Augustine (Aurelius Augustinus Hipponensis, 354 – 430), the biggest Christian theologian and philosopher whose writings influenced the development of Western philosophy.

The Museum Leone is an old building built in the sixteenth century for the noble Alciati, landowners Vercelli. It has the typical plant, of Roman origin, with rooms arranged around a central courtyard, almost square, with arcades on the ground floor with round arches, supported by columns of gneiss, which are repeated with small on the first floor. The Museum Leone, opened in Vercelli in 1910. 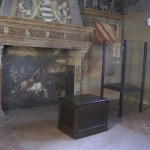 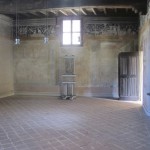 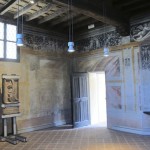 Kestutis Vasiliunas
Curator of the Triennial